Autism versus School; our struggle to get an education.

Behind the Scenes, Living day to day with Autism | 15 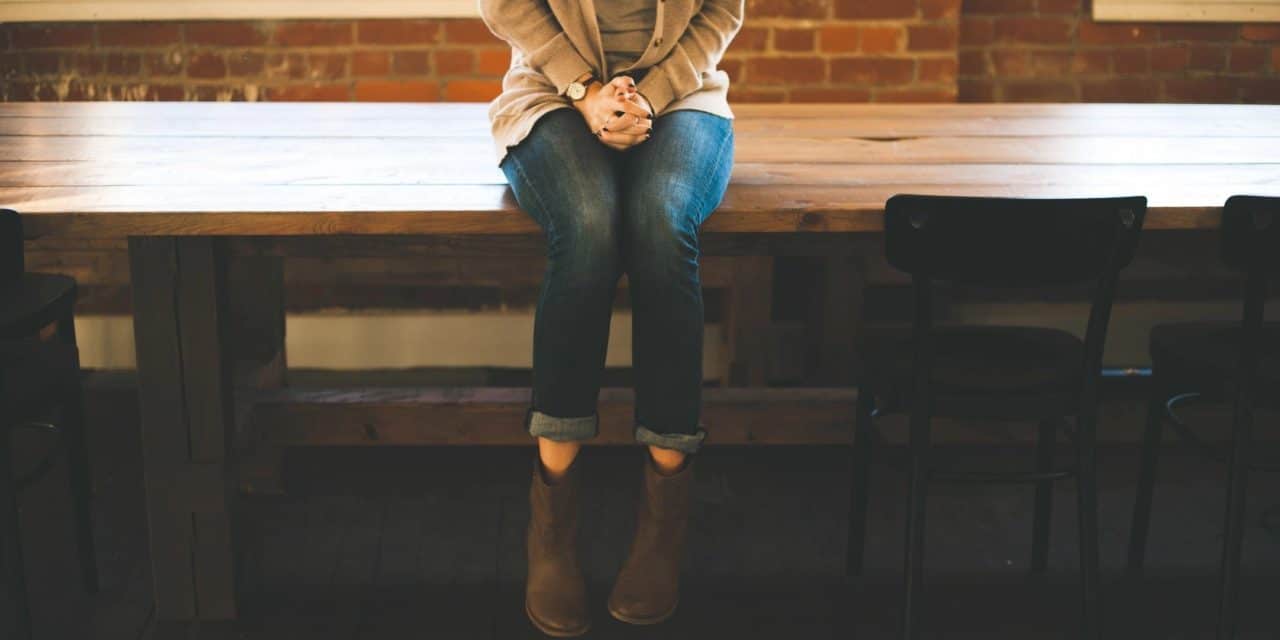 This is a post that I hadn’t planned to write; I had no intention of dragging the painful past up and opening old wounds but two things happened recently to make this post need to happen. I need this post to happen to get it off my chest, my mind, my heart and I need to write this post to draw a line under it and try, TRY and move on. I’m literally pounding the keyboard and normally I’m careful with the words I use but this is going to be raw so I’m giving advanced warning; I may swear…a lot! It’s going to be a long one…I’m not sorry.

Last week I had the fortune of speaking to a life coach over the phone, she and I discussed where I am now, and where I want to be in the next few months in terms of working on the blog, and making it a business rather than a glorified diary of thoughts and scrapbook of recipes.

Following on from that conversation I had a lightning bolt of clarity as to why I am where I am now, it was a real clouds parting moment (I can’t begin to tell you how enlightening it was) I spoke to Brett when he got home from work about my new found motivation and energy, Brett made a remark about where my ability to do things had gone; why couldn’t I organise events anymore, where had my ability to stand up in front of an audience and speak off the cuff gone, why the hell couldn’t I even go to Sainsbury’s anymore without having a panic attack?

The event planning and public speaking was a past life, one you won’t know about, one that’s long, long gone but he was right. Where had those skills gone? Why was I a shell of my former self?

That’s when it hit me. Last year…last f***ing awful year.

This time last year our family were in countdown to Lewis leaving his Pupil Referral Unit (PRU) placement to return back to school. Why was he in a PRU? He was in a PRU because he’d left the safety of lower school, he was in the PRU because his middle school had cocked up on the grandest of scales to prepare for an autistic child. He was in a PRU because I’d taken my eye off the ball and trusted others to do a job they were paid for. 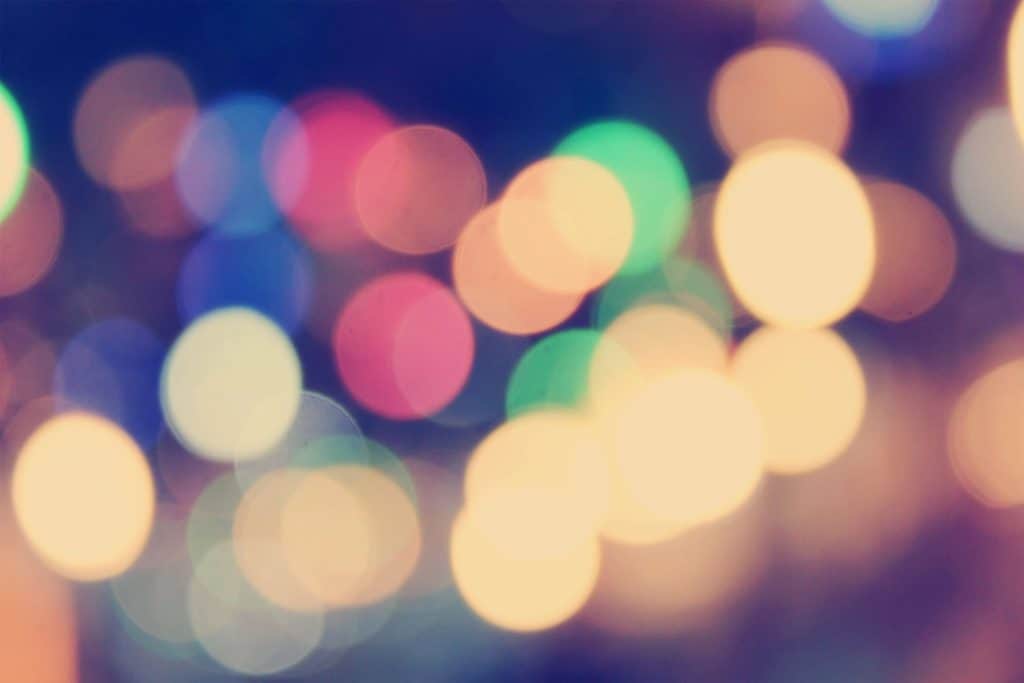 Lewis started his middle school with what I had thought was a detailed handover, notes, files (three files) of information, an autism diagnosis and medication. Lewis had a 1-2-1 teaching assistant in his lower school and whilst he wasn’t going to get the same in middle, there was a teaching assistant assigned to another student in the class who would support Lewis as and when needed. There was one thing we didn’t have. Our first attempt at getting a statement (now an EHCP) for Lewis had failed due to lack of evidence of need. This is the only time his lower school failed Lewis, by not providing suitable evidence. It’s a big fail but on a day-to-day basis they worked their socks off for him and for that I am eternally grateful. I was reassured that the SENDCo at the new school would pick up where we left off with the EHCP and we could appeal.

Lewis had two good weeks in his new school, we were relieved to say the least, then our world crumbled, decayed and eventually rotted.

Tears are welling up in my eyes now, my hands are shaking, my chest is tight, my head is pounding. I’m back there again, shit how did I do this every day. How?

The calls home began, ‘…could you pick Lewis up’? ‘Mrs Smith can you get here immediately’?  ‘we can’t find Lewis, do we have your permission to call the Police’? By October, eight weeks into his new school Lewis had been excluded numerous times nearly 20 times in fact. I was a wreck, Lewis was a wreck. Then the accusations, according to the school Lewis’ diagnosis wasn’t a diagnosis, they weren’t prepared to accept the letters from his Community Paediatric Doctor, nor his CAMHS Psychiatrist. The wording on the letters was ‘too ambiguous’. Oh, and by the way, the right to appeal the EHCP decision has run out and you can’t apply again for another six months!

My already fragile sanity was stretched to its limit, the paper thin film of protection between me and THEM tore and self-doubt seeped into every inch of my mind. It was my fault, I’d failed Lewis, I’d not written my own care plan for him, I’d not overseen transfers, I’d not fought enough. Fight, fight FIGHT. 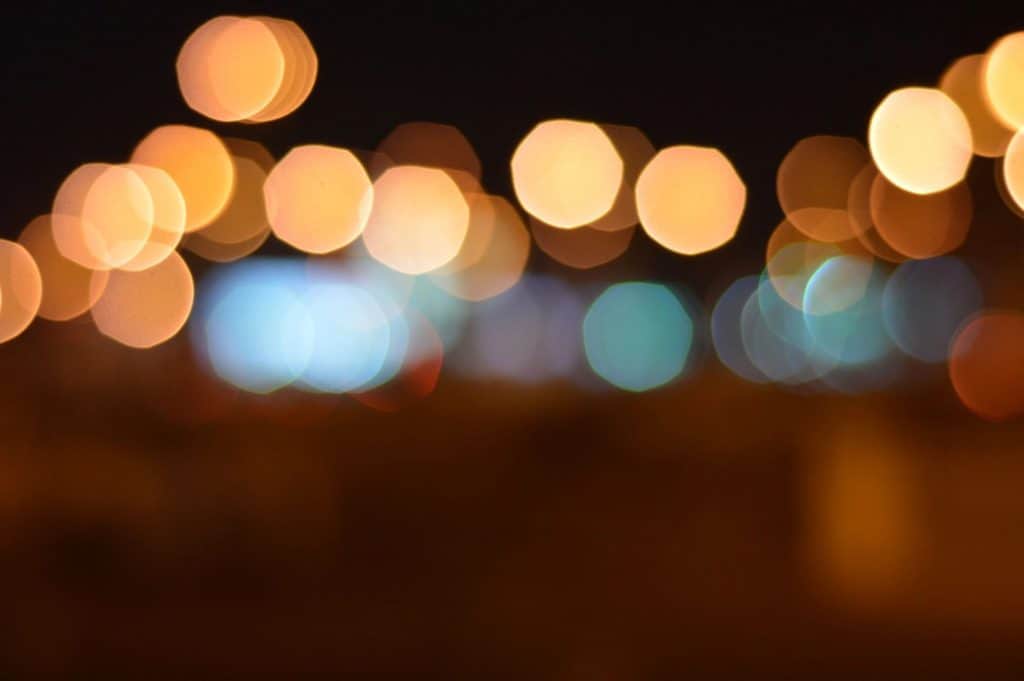 In truth that is all I had f***ing done since Lewis had been in Year 1 at lower school, I’d been fighting for over 5 years. Now I had no fight left, I looked to someone else to fight for me, I was done. That’s where an external agency called Core Assets got involved, a chance opportunity at a local school one evening put me in touch with them and I was assigned an angel of hope. Despite having previously worked in schools often with young people with additional needs, my behind the scenes knowledge and understanding of the red tape, protocols and meetings filled with jargon-speak, I still found myself lost. My angel was there to guide me and reassure me I was not going mad. Thank God, the worst was yet to come…

So now we’re back to where I started. A year ago.

Lewis had been at the PRU for over 5 months, his middle school had shipped him off in order to give them time to prepare for his return once the PRU had managed to implement some techniques that worked with Lewis, and the middle school had recruited a 1-2-1 to support our son. In that time Lewis had now seen a leading local expert on Autism Spectrum Disorder who had (in his words) given Lewis the ‘Golden Ticket’ of diagnosis so that no school could deny his needs. Lewis also had a community nurse attached to the neurodevelopmental team at CAMHS and an Occupational Therapist. He was also on a different form of medication that suited him and his SPD and Autism. The new EHCP had been rewritten and submitted and I had included comprehensive evidence this time. We were ready.

Lewis started back after Easter on a reduced timetable. The PRU had written a detailed report on Lewis’ 5 months with them and what techniques did and didn’t work to keep him focused and in control. Lewis was due to be in school every Monday, Wednesday and Friday from 9:00 until I picked him up at 11:30. The aim was that after a fortnight Lewis would be reintegrated back into class and playtimes and slowly increase his hours in school.

That did not happen. 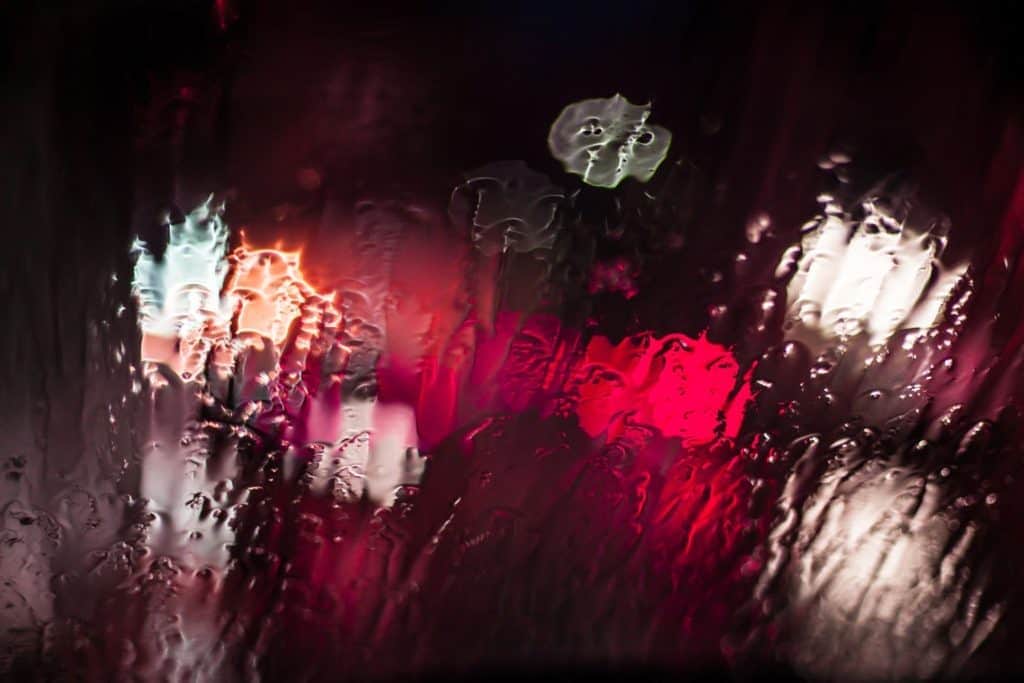 Lewis was met at reception each Monday, Wednesday and Friday by a lovely, but untrained in autism, teaching assistant. He was taken to a room given snippets of work to do in order to catch up on 5 months of lost curriculum. After two weeks the school didn’t feel he was ready to go back into class. Two weeks turned into four weeks, some days I would get a call after 30 minutes; ‘Lewis is refusing to go to the room, can you come and collect him Mrs Smith’, ‘Lewis is lying in the road outside the school Mrs Smith, can you come immediately’, ‘we can’t find Lewis, we think he’s on his way home’. How can you lose a child when he’s being held captive in a room away from other children and has a 1-2-1?

Each time I walked back into that school I was a little smaller, a little more broken, it felt as if I was being hollowed out inside there was so little of me left, the only feeling I had left was heart break for Lewis. ‘Why am I being punished mum’? ‘Why can’t I see my friends anymore’? The other children didn’t even know he was back. Until recently I thought we were the gossip of the school, the out of control boy locked away to protect their children. In reality I think very few, if any, parents knew what was going on, those who have found out since have been disgusted by the way Lewis was treated.

With my little army of professionals supporting me and reassuring me I’m not mad, this was unacceptable treatment and there were options, I carried on fighting a fight with no fight left in me. In essence I was just going through the motions, in meetings I sat there and answered questions when asked and nodded when appropriate but I wasn’t there. I just sat hunched up, shoulders tight, jaw clenched, legs trembling scratching the back of my hand for comfort or to remind myself I was present, this was not a nightmare.

There was a school that believed they could offer Lewis a place. Red tape, lost documents, missed opportunities and failed observations did their very best to prevent that placement from happening, in the meantime Lewis got dropped off Monday, Wednesday and Friday to sit in a room with a 1-2-1 teaching assistant.

We had to play along, Lewis had to attend school and I had to keep picking him up as and when needed. From April to July Lewis saw his friends on three occasions, the last time was on the last day of term for a school trip to Wickstead Park, and I went too. When it came to the end of the day the staff were preparing to get the students back in their year groups to get back on the coaches. Lewis was coming home with me;

‘Lewis, do you want to say goodbye to your friends’ darling’?

That was it, we turn around and walked away, I thought my heart was going to explode, I’ve never felt such concentrated emotion; sadness, anger, regret, jealousy, relief. Then I looked at Lewis, he hadn’t battered an eyelid, he didn’t even look back. Lewis said it would be nice to go and see the birds in the aviary before we left for the drive home. 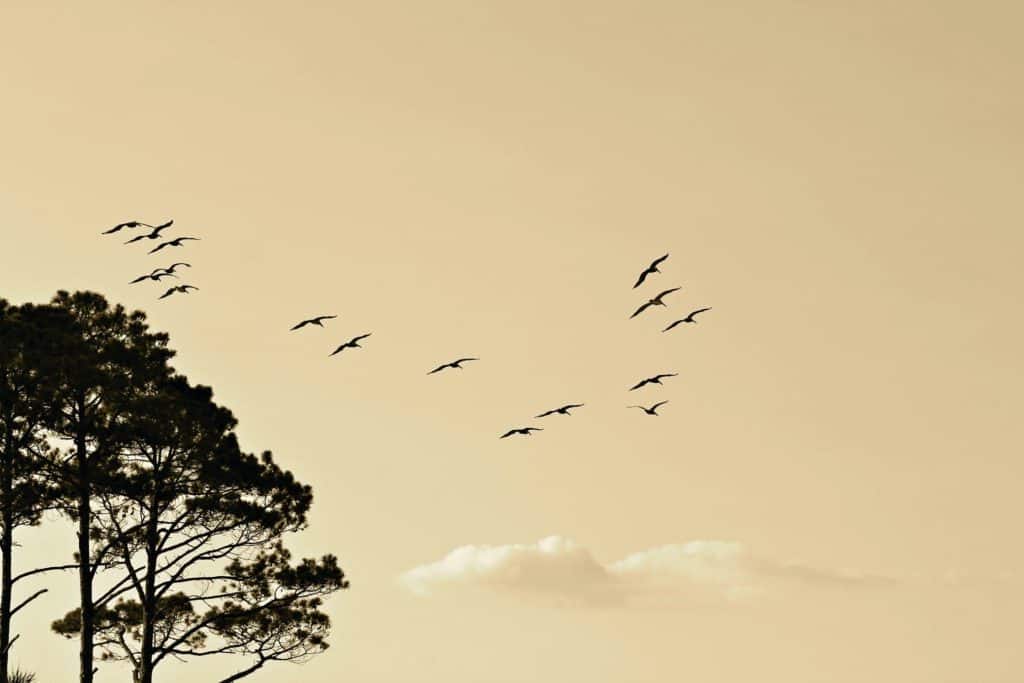 In October Lewis began his new school full time, a specialist Autism Unit linked to a mainstream school, he’d been granted a full EHCP with funding.

I said there were two reasons why I needed to write this post. The second reason was that someone (who knows what we went through) recently implied that we had it lucky, they compared us to a family who have a child in mainstream and have it hard…..we had it hard, it god damn nearly broke us! 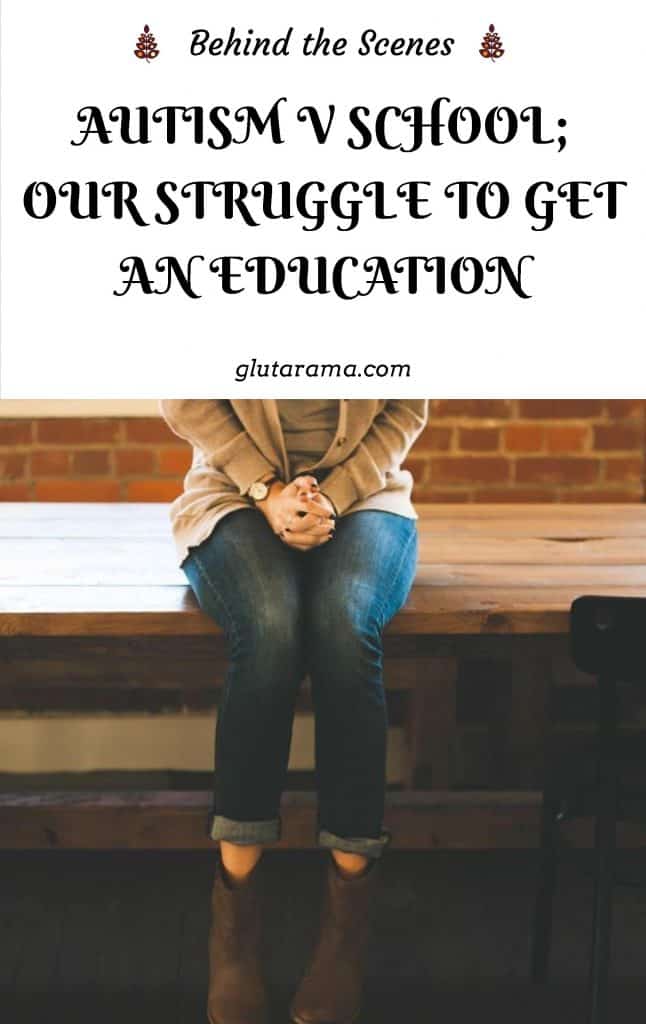